Mini-IVF: The next breakthrough in fertility treatments?

For three years, Saralda Ortiz-Howard and her husband tried to get pregnant until they decided to turn to fertility treatments. They spent more than $30,000 on multiple cycles of both intrauterine insemination  (IUI) and in vitro fertilization(IVF) but neither was successful, not to mention that the physical side effects of the treatments were harsh.

“The amount of medicines that I was taking, my body felt out of whack,” Ortiz-Howard, now 43, said. “I felt that was one of the reasons I wasn’t successful in achieving pregnancy.”

Then the Hicksville, New York woman learned about mini-IVF, an alternative to traditional IVF that has been in use for years but isn’t as widely known or administered. Her physician, Dr. Zaher Merhi, director of research and development in IVF technologies at New Hope Fertility Center in New York City, explained that since mini-IVF uses a smaller amount of medication it would be less taxing on her body.

In June, Ortiz-Howard started mini-IVF treatments and said immediately she noticed her body wasn’t as swollen and she didn’t have the severe night sweats  that she had experienced with IVF.

“With the low dose, I felt regular, I felt normal,” she said. “Everything felt so much better.”

What is mini-IVF?
Mini-IVF or “minimal stimulation IVF,” is also referred to as “mild stimulation IVF” or “gentle stimulation IVF.”
“It’s very similar to IVF but you’re not stimulating the ovaries too much with high doses of medication,” Merhi said.
There isn’t data available on the number of U.S. clinics that offer mini-IVF, in 2014, there were 143 Society for Assistive Reproductive Technology (SART)-member clinics that submitted data about their use of the treatment.
Proponents of mini-IVF say it’s an option for some women who may respond better to lower doses of medication and the quality of the eggs and the embryos might even be better.
“There is this feeling that high doses of shots can be detrimental to the quality of eggs,” Merhi said.
Unlike traditional IVF which requires daily injections, mini-IVF needs fewer injections and uses tablets as well as a nasal spray in place of the “trigger shot” used for traditional IVF. However, the specific protocol varies between patients.
Since less medication is used, mini-IVF can be more affordable than IVF. A traditional IVF cycle can cost anywhere between $12,000 and $15,000 while a mini-IVF cycle might be as low as $4,500, on average.

Mini-IVF has drawbacks
Critics say that mini-IVF is not the magic bullet proponents claim it is. For starters, IVF is the most successful fertility treatment because the medications are meant to yield a large amount of eggs, said Dr. Peter Ahlering, medical director of the Missouri Center for Reproductive Medicine in St. Louis.

Studies show that after female age, the greatest predictor of pregnancy and live birth from IVF is the number of embryos produced.

“In general in IVF, quality and quantity run in parallel,” said Dr. Norbert Gleicher, founder and medical director of the Center for Human Reproduction in New York City.

Mini-IVF, on the other hand, can take more cycles on average to result in a pregnancy and a baby.

“The problem with the process is that if you get fewer eggs, then the probability of success is lower,” Ahlering said.

A study conducted by New Hope Fertility Center and published in the American Journal of Obstetrics and Gynecology found the live birth rate for mini-IVF was 49 percent versus 63 percent for conventional IVF.

“If that were true, everybody would be doing [mini-IVF] all the time for all patients,” Ahlering said.

Another thing women should know is that similar to traditional IVF, there is always the chance that they will not respond to the medication, or get quality eggs or embryos, Merhi said.

Although mini-IVF is often cited as a means to prevent ovarian hyperstimulation syndrome, a condition that can cause bloating, pain, weight gain or more serious symptoms, Ahlering said that there are traditional IVF medication protocols that can prevent this from happening.

“You can still achieve the high clinical pregnancy rates and get a good number of follicles but don’t expose the patient to extra risk of hyperstimulation,” she said.

Mini-IVF may be an option for some women, such as those who have diminished ovarian reserve, because regardless of the amount of medication they take, the same number of eggs will likely be retrieved, Ahlering said.

“I’m always going to recommend [the method] which gives the patient the optimal probability of pregnancy,” he said.

Although mini-IVF cycles are cheaper, if multiple cycles are required, it may not be cost saving in the long run.

“The whole thing is completely bogus [and] it’s a disservice to patients. It’s amazing that people are still using it,” Gleicher said.

For Ortiz-Howard, however, mini-IVF may turn out to be her best option for having a healthy baby. Unlike previous IVF cycles that yielded five or six viable, quality embryos, this time around doctors implanted four and froze seven. Now four weeks pregnant, she and her doctors are hopeful about the future.

“So far everything is great,” she said.

Julie Revelant is a health journalist and a consultant who provides content marketing and copywriting services for the healthcare industry. She's also a mom of two. Learn more about Julie at revelantwriting.com. 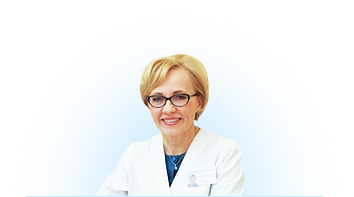